THE LITTLE RICHARDS - 08/22/13-01/05/18 formed by Robert "El Vez" Lopez with the same personnel as the Punk Rock Revue and a revolving lineup of bassists. The group was put together to commemorate the first anniversary of vintage boutique The Girl Can’t Help It, named after a song by Little Richard. Toured Spain + Italy in 2015, where i met my true love Alessandro. Main venues: The Casbah, Bar Pink, on the sidewalk outside of The Girl Can’t Help It. Recorded an LP and 7” single of "The Girl Can't Help It" on the Sympathy For The Record Industry. i quit the band + played my last gig with them at the Casbah’s anniversary 01/05/18, and as far as i know the entire group dissolved after my departure. 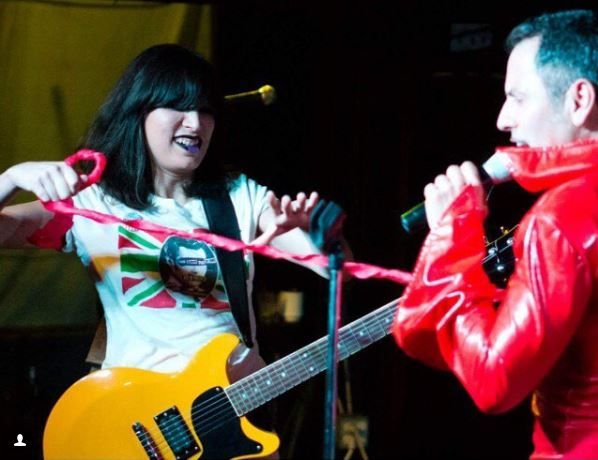 By the time Robert “El Vez” Lopez decided to start his punk rock revue in December 2012, i got the call from drummer Lety Beers to join.

The Rosalyns take the tempo down and cover a classic song by The Liverbirds called "Why Do You Hang Around Me".