I became a fan of Menudo as a Mexican-American girl in the 1980s, and recorded a cover of their "Subete a Mi Moto" with the Diana Death Band, but never officially released it until now. 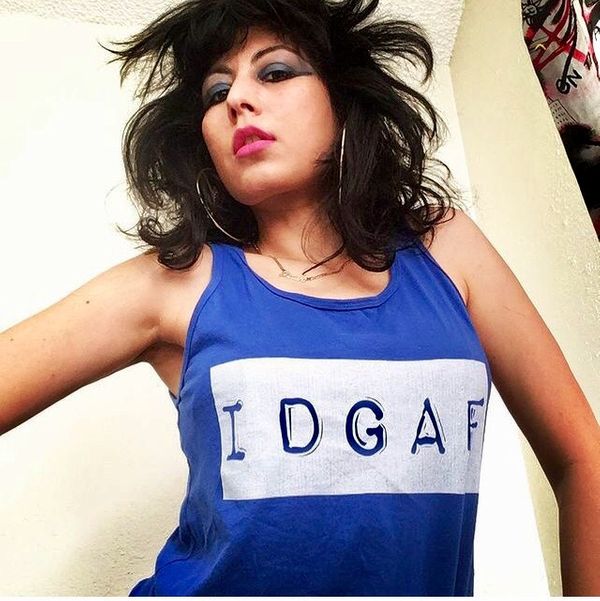 I've got a store on teespring with merch including the IDGAF tank top STORE LINK HERE: https://teespring.com/stores/dianadeath