DIANA DEATH BAND - 2003-2009, various incarnations of me trying desperately to break through as a solo artist with a batch of new songs after The Gory Details disbanded in 1999. Moved to Hollywood in 2001, playing the Knitting Factory, Martini Lounge, and The Garage, but nothing really panned out with a full band. Wrote and recorded "Long Lashes" for a movie soundtrack called Average Man that never got released. Moved back to San Diego and kept it going as Diana Death Band until 2009, when I followed terrible advice by changing the name to: The Deep Ones 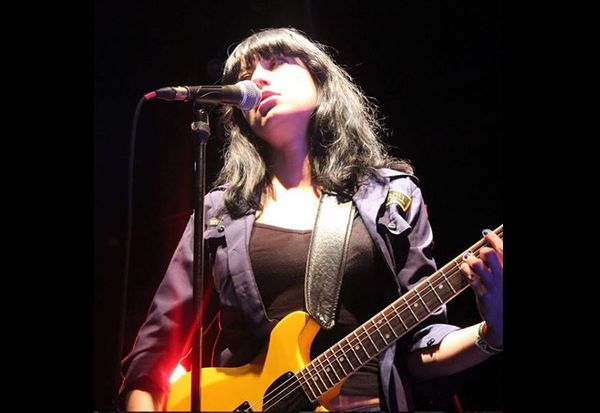 In the San Diego Reader 2017, Diana Death was interviewed about her band Chinese Rocks, her neighbourhood, and her obsession with youtube unsolved mystories videos.

CHINESE ROCKS - 2011 to present, impersonating Johnny Thunders. After the Deep Ones debacle I immersed myself in Thunders’ music, fashion, and stage presence. I consider it a spiritual act